Tracy is an author, speaker, and diabetes coach focused on inspiring everyone to take control of their health. Her book "Diabetes Tragedy to Triumph" became an international bestseller. 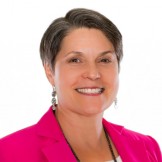 Author: Diabetes Tragedy to Triumph – Lessons From 40 Years of Beating the Odds – Self-published May 2016 and became International Best Seller on Amazon on Wednesday – Sunday July 28-31, 2016

I was diagnosed September 1978 (at age 17) with Juvenile Diabetes – now called Type 1 diabetes. I learned how to give myself shots by using an orange during my one week stay in the hospital. The doctors and medical staff said I would “be dead in 20 years, have horrible complications, and never be able to have children”

Shortly after leaving the hospital while trying to fit in as a normal teenager I went on my first outing with my friends to go see a movie. Of course, I couldn’t eat any of the tempting foods like popcorn or candy, I asked the concession worker for a cup of water and she said “no” This was way before bottled water or diet soft drinks other than Tab that you could buy at some grocery stores. I went on to say I would be glad to pay for the cup of water but she looked at me and thought I was crazy and said “no.” I ran out of the movie theater in tears and threw my hands up in the air and said “why me???” I cried all the way home and went to bed. It was that EXACT moment I became determined that this disease was not going to beat me. Without hope we have nothing and all the medical experts provided no hope or encouragement the first few years.

I began going to the local college library (the librarian turned the other way so I can “sneak” in) and started researching diabetes. This was way before the internet while I was a senior in high school.

That was me almost 40 years ago! I’ve outlived my life expectancy by 20 years, no complications, and two healthy kids.

Around my 20th anniversary of being diagnosed I did the Hotter than Hell 100 mile bike ride and close to my 30th anniversary I competed in a triathlon (and I’m afraid of water, but that didn’t stop me either).

For several years I started thinking on what adventure could I do to “celebrate” my 40th anniversary. I started thinking of hiking the Pacific Crest Trail, Appalachian Trail, or the Camino de Santiago, but that would just be for me and I wouldn’t be able to encourage others along my route. That’s when it hit me to ride my bike from the Golden Gate Bridge in San Francisco to Brooklyn Bride in New York City. All the people I will come in contact with can be encouraged, inspired and provide hope along my bike ride.  That’s how this ride started.

Many people question the term “celebrate” but my life changed that moment in 1978. Because of what I’ve learned about how important the Mindset is along with smart eating and moving all the time, I have been spreading the word about living healthy with or without diabetes for my entire adult life.

My 40th celebration isn’t until 2018 but we don’t know what tomorrow holds. This is why at the age of 55 and I will be celebrating my 56 birthday riding my bike to celebrate life and living successfully with Type 1 diabetes. Of course I will be riding with all my diabetes supplies, which includes insulin because without insulin I die.

One of my greatest joys is speaking around the Metroplex and providing hope and encouragement. July 2016 I was asked to speak at the Harvard Business School.

I’ve appeared on the following:

Other stations have asked that I appear but time constraints have not allowed it.

I am a Certified Personal Training, Wellness Coach, and have a BS in Psychology

From a mindset this is a bike ride. Every day I will get back on my bike and enjoy the ride and all the wonderful people I will be meeting along the way. Yes, I plan on writing another book about my journey.

Get notified about new releases.

Sign up for email updates from Tracy Herbert Diabetes Coaching.